A terroir steeped in history between Corbières and the Pyrenees

In the natural corridor formed by the Corbières on one side and the Pyrenees on the other, the village of Maury has prospered for centuries. It seems that the vine appeared after Hannibal and his elephants passed through the Pyrenees, and soldiers could no longer continue to stop in the region to live there.

Under Charlemagne, Maury was two villages, “Amaurioles” and “Laval”, but the latter having been decimated by the plague, we will only remember Amaurioles, which later became Maury.

It is on these lands, greedy and difficult, that the vines get their best expression to create wines with a strong character.

The history of Maury is obviously linked to the history of the Fenouillèdes territory, which, judging by the discoveries made, goes back to prehistoric times. Traces of Neanderthal Man and the Bronze Age have been found on the banks of the Agly River. The most emblematic remains of these periods are the dolmens of Ansignan, Feilluns and Trilla, as well as the menhir of Prats-de-Sournia.

The Fenouillèdes, frontier lands, have known in 5000 years the cultural influences of the Iberians, Celts, Greeks, Romans, Germans and Arabs before being attached to the Kingdom of France in the 8th century by Pépin Le Bref. 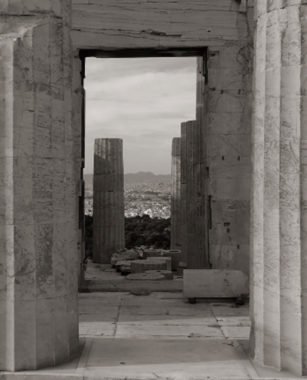 In 950 and 954, the city of Maury was integrated into the Viscounty of Fenouillet, which itself was part of the county of Bésalu, itself integrated into the county of Barcelona, which later became Catalonia and joined forces with that of Provence and Foix to fight against the King of France during the Cathar event in the 12th century. Following this, the son of the Count of Barcelona, James I, took over the reins of Catalonia. With the Treaty of Corbeil, he established a new border between the county and France, which then linked the Fenouillèdes to France in 1258. Now separated from the rest of Roussillon, Maury would follow the course of French history without being caught in the vise of the Kingdom of Majorca (14th century), nor in the Franco-Spanish conflicts of the 15th century.

Administratively attached to the Eastern Pyrenees, the Fennellèdes are linked by history and Occitan tradition to the Cathar country. The last bastions of the Cathar period, the castles of Quéribus, Peyrepertuse and Puilaurens, stand like sentinels above the valley.

The Fenouillède territory remained for nearly four centuries the former border between the Kingdom of France and the Kingdom of Aragon, before the annexation of Roussillon by the Treaty of the Pyrenees in 1659. Rich in this history, the territory has preserved many historical sites and monuments that are now the jewels of the region. One can mention the former Benedictine Abbey in the 10th century, which later became a college chapter in Saint-Paul-de-Fenouillet. he Ansignan aqueduct bridge is a monument testifying to the passage of the Romans in the region, 170 metres long, it has the particularity of being on two levels. For centuries, the Chapelle Notre-Dame de Laval in Caudiès-de-Fenouillèdes was a place of pilgrimage for the people of the Agly Valley who came to be placed under the protection of the Virgin de Laval every time a plague or cholera epidemic struck the valley. Another curiosity of the region, the Galamus Gorges have been dug by the waters of the Agly River, to depths of more than 500 metres to reach the Mediterranean.

But how can we talk about the history of the Fennouillèdes without talking about wine?

The vine has been present for centuries, but it was in the 19th century that wine-growing activity developed particularly, which led to the demographic development of the region.

At the end of the 19th century, winegrowers became aware of the need to join forces to resist the pressure exerted by trading houses. This is how the first cooperative cellars were born in France, these infrastructures will give rhythm to the life of these villages.

In Maury, it all began in 1891 when a violent storm reduced the village’s production. Faced with this considerable loss of profit, the winegrowers began to gather. The phylloxera crisis did not follow and did not help the production. Following these two disasters that occurred in a short period of time, the gathering of winegrowers made sense.

In 1906, thanks to Jules Pams, senator of the Pyrénées-Orientales and the Minister of Agriculture, the French government authorized banks to grant loans to agricultural unions. The Maury cooperative can officially be created. On April 20, 1910, the first board of directors gathered 129 owners at the founding meeting. The building was officially inaugurated on 29 April 1910. It will undergo various modifications and expansions, even going as far as the construction of three other cellars in the village, making it possible to increase the quantity of wine produced.

In 1974, the various Maury sites were grouped together to form the Société Coopérative “Les Vignerons de Maury”.

At the end of the 1980s, the cellar created a stocky bottle called “Maury”, with the aim of distinguishing itself from other appellations of natural sweet wines.

The peak production of the appellation was reached in 1990. In those years, consumer taste evolved and Maury developed its range by offering more fruity and gourmet products.

In 2000, the winegrower cooperators of Maury wanted to convert part of the harvest to dry red wines. Grenache noir, which is very well established in the region, lends itself well to this and this is how the Maury sec appellation will be launched in 2011.

The Maury Sec in a few figures:

In the shade of the Château de Quéribus, a former Cathar citadel at an altitude of 728 metres, the Maury vineyard stands out on a long corridor 17km long and 4km wide, protected to the north by the Corbières chain and to the south by the foothills of the Pyrenees.

The village of Maury is located in the center of the Maury appellation area, which extends over four communes of Fenouillèdes, Rasiguères in the south, Tautavel in the east and Saint-Paul-de-Fenouillet in the west.

In the Agly valley, the sun plays an essential role in the local weather, summers are hot and dry with very little rain, between 650 and 700 mm per year.

The region is crossed by strong winds that sweep across the vineyard and allow soil water to evaporate, thus protecting the vines from phytosanitary diseases. These windy episodes, called Tramontane, last three, six or nine days in a row and cause damage to vegetation but also to people.

In addition to the windy passages, the Agly valley enjoys a mild climate all year round.

The southern/continental climate is characterized by a significant amount of sunshine, this microclimate benefits the entire terroir and the wine benefits from an ideal temperature range between day and night to develop naturally.

The Sweet Maury in a few figures:

Oscillating between the limestone foothills of the Corbières and the Pyrenees, the soils of the Agly valley are composed of secondary schistose marl (Aptien). The vines are planted on small hills, sometimes convex, sometimes concave, which, depending on their inclinations, can be difficult to work.

The flaky structure of shale gives the roots of the vines the opportunity to sink deep into the ground in order to draw moisture, necessary for their nutrition. Black allows the soil to accumulate the heat of the day to return it to the vines at night and thus allow the grapes to obtain a good sugar content.

This lean soil in a way makes the richness of the Maury terroir and gives the wines a strong character, the same as those who work them.

The vineyard is poorly mechanized and irrigation is impossible. The harvest is done by hand, it is early thanks to the sun and lasts several weeks because of the wide range produced.

In Maury, Grenache noir is king, this grape variety reveals the terroir is at ease here and the winegrowers of the region have been able to protect and preserve the heritage of the old Grenaches.

The winegrowers try to express through their vinification work all the diversity of this exceptional terroir.

The Maury cru in a few dates:

In Maury, natural sweet wines are produced, obtained by mutage. Mutation is the addition of neutral alcohol, of vinous origin, to the fresh grape must. In this world of the Maury, for a long time there were only wines aged in the cellar for several years in oak tuns or demi-muids. Now, there are several types of natural sweet wines in Maury, on the one hand, those that are protected from oxidation by ageing in a reducing environment and those aged in an oxidative environment.

Maury grapes grown in reducing environments are preserved and evolve slowly in stainless steel vats, the reds are called “Garnet” and develop fruity aromas and more pronounced tannins. Whites are marketed young and offer primary fruity aromas. These wines must be aged until May 1st, which is the year of harvest.

Maury raised in an oxidative medium are placed in oak containers (½ muid or tuns) to promote exchanges with oxygen. The colour of these wines varies over time. The whites are called “Amber” and the reds “Tuilés”. These wines must undergo a long ageing period until March 1st of the third year of the harvest.

The Maury “Hors’d’âge” are produced only in red, they undergo a breeding of about 5 years in oxidative environment.

The Maury appellation is constantly evolving to offer wine lovers high-quality wines. With the recent arrival of dry wines in Maury, the vineyard and its winegrowers prove that they do not lack the resources to continue to support their rich territory.